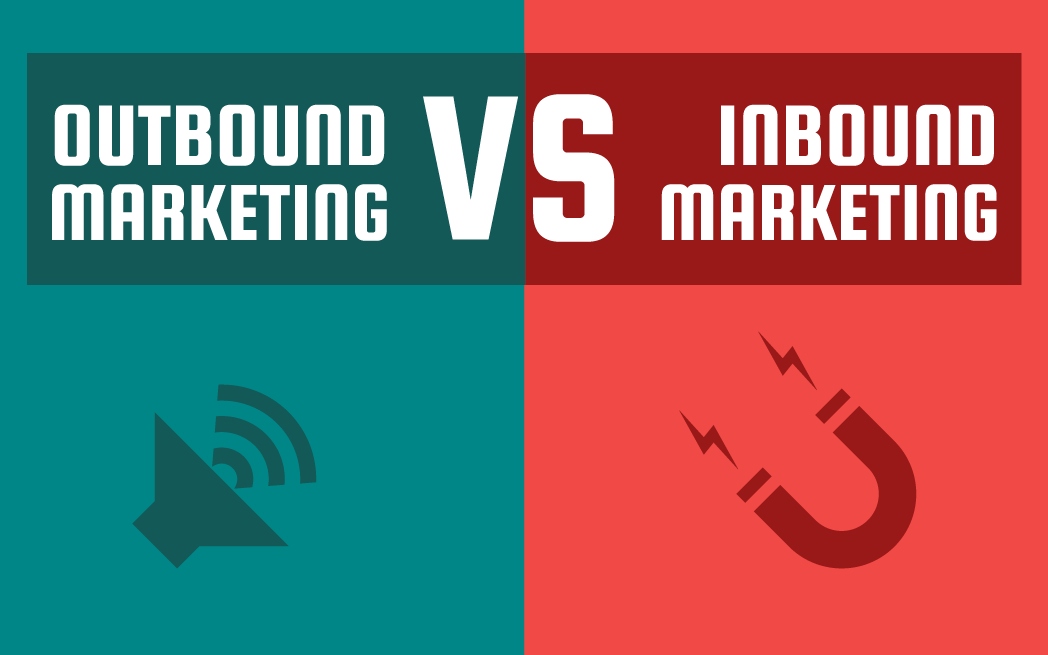 Marketing strategies are some of the most essential tools when creating or growing a business.  The type of marketing is what determines how well a company reaches their target audience, and eventually how successful they become.  With the rise of social media in the past couple of years, marketing strategies have changed drastically.  People are consuming more and more information online rather than in print media, or even television.  This shift in content consumption is forcing businesses to adapt and to create new ways of reaching their customers.

Outbound marketing was originally known as “traditional marketing”, until the rise of the internet and social media.  This marketing strategy uses general media outlets such as television commercials, telemarketers, print media, etc. to reach their customers.  These types of advertising focus on reaching the greatest amount of people, yet with impersonal methods.

Inbound marketing tries to connect with consumers through social media, search engines, or referrals.  Through this strategy, users naturally consume the information instead of having it forced upon them.  Many people are strong advocates for inbound marketing because of the rise of the internet.  However there is still a strong argument for not giving up on outbound marketing completely.

Pros of Outbound or “Traditional” Marketing

Outbound marketing was once known as “traditional” for a reason: it works.  Even though inbound marketing is becoming increasingly popular, there are still benefits for using outbound marketing for a business.  For newer companies that want to gain more exposure, outbound marketing is the better choice because it allows companies to reach a vast amount of people.  For example, big sporting events such as the Olympics or the Super Bowl are watched by thousands, if not millions, of viewers.  Although these coveted spots are extremely expensive to buy, many companies take the risk because they know of how much it could benefit their company, just like this one:

Wix aired their commercial below during this year’s Super Bowl that attracted 36.5 million people to their YouTube account.

Not only can outbound marketing reach a large population, it also caters towards the older generations.  These people usually favor traditional media such as print or broadcast to consume their information, and feel more comfortable using these types of mediums.  Since many inbound marketing strategies use social media to target customers, this is useless to the majority of the older population.

Outbound marketing has also been adapting to the growing internet usage.  Banner ads on YouTube videos or on the side of websites is an example of how traditional marketing has moved online.  Ads even appear during TV shows you watch online, trying to mimic the feel of regular television ads.

Inbound marketing is growing in popularity among many businesses.  Here’s a great infographic via Mashable about how inbound marketing works and how it can benefit your company:

One of the major drawbacks of outbound marketing is the cost expenses.  Traditional marketing is much more expensive because you have to pay for you your advertisement to be created.  Your ad also stops circulating once you stop paying for it.  Unless your ad consistently brings in more customers, creating and paying for outbound marketing will most likely cost you more money than it’s bringing in.

As mentioned before, with the rise of the Internet, many people have stopped reading/watching/utilizing traditional media.  Many people watch Netflix instead of cable TV or communicate with friends via social media rather than pick up the phone.  Even with outbound marketing advertisements online, many people use an adblocker software to remove these.

Here’s some more information from the previous Mashable infographic: 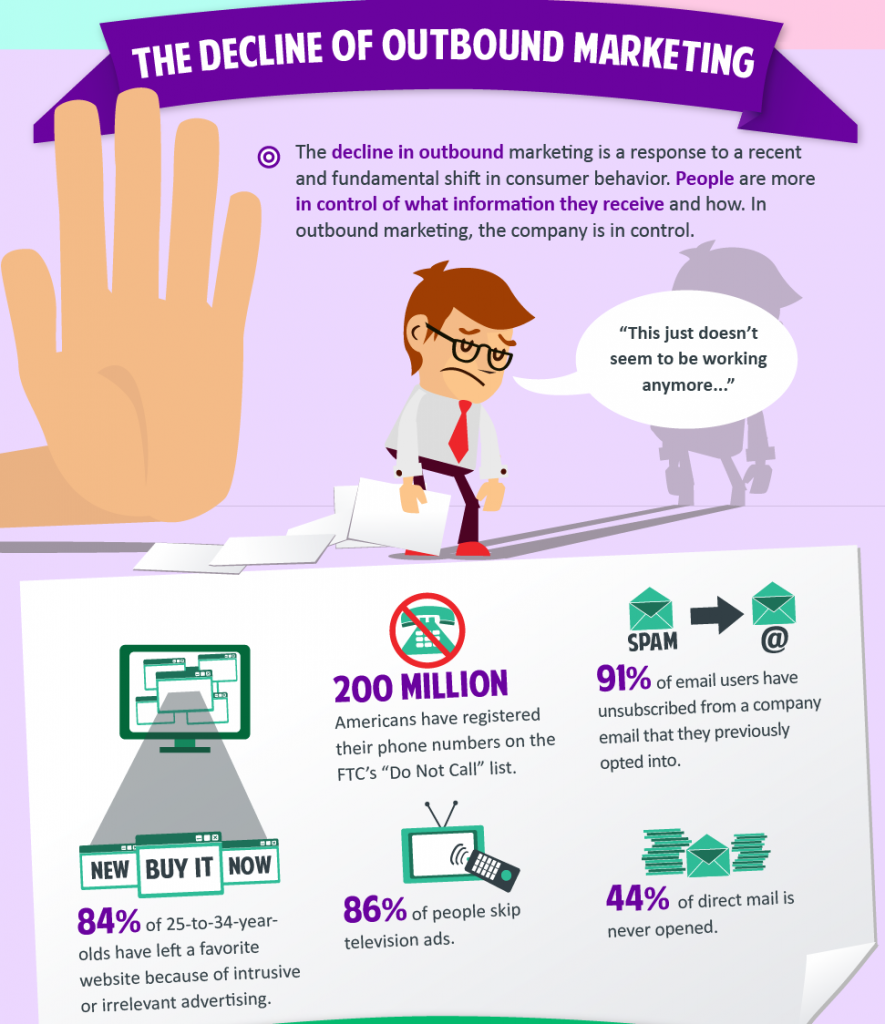 It’s obvious that today’s generation is tired of having advertisements forced upon them, and would rather seek out the information they want.

In conclusion, it’s up to you to figure out which type of marketing works best for you business.  Try out each marketing strategy and evaluate which one garners the best results for your company.