How To Build A Successful Startup Ecosystem Space 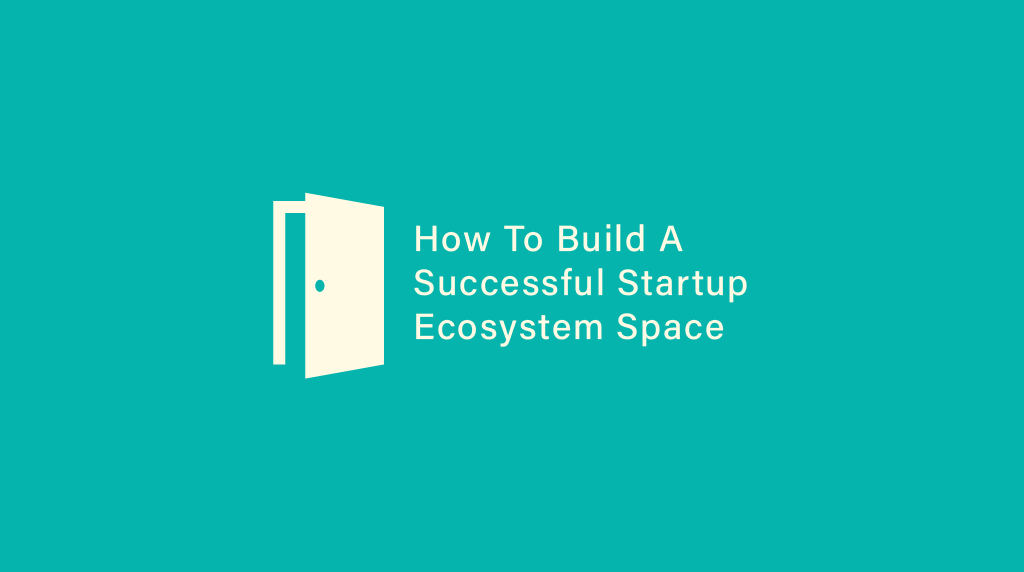 Over the past several decades the term startup community or business ecosystem has become as big of a buzzword as the weed or virtual reality businesses have. Both are synonymous to each other and are all the essential parts needed to grow a successful city and leverage the businesses that are located there. In my first book, Community, I detail the four major components I believe necessary:

Brad Feld, who wrote Startup Community, has developed the Boulder Thesis, which is:

Both viewpoints are complementary to each other. Knowing there is a community interested in the growth of businesses, what about a space where all those come together? Many will call this a co-working space. Whether its an accelerator, incubator, or a coffee shop. A co-working space is simply a space that has a lot of businesses under one roof. Typically, this is not an executive office that has multiple closed off businesses.

A co-working space is more open. Maybe it has long tables, communal options and lots of internet businesses with teams working with headphones on. We Work, 1701, 1776/Benjamin’s Desk, and much more around the country have developed these space. Over the past five years, I have had some variation of a co-working space myself with Hatch. We don’t have the physical elements we once did, but we did try to put certain businesses in the same place to see what synergies could be developed. Ultimately, we have moved on to focus on 1000 Four and the platform and opportunities focused around that.

Building a physical space is ultimately building a community. If you can’t get the right companies in the space it will never work. A community is a collection of the “right” people who work collectively together to build their businesses. It’s hard to define the “right” people. I believe it’s less of the white collared service providers and more of the “creative” types. Those who typically have titles like founder, designer, digital marketer, YouTuber, social media coordinator or developer. There can be many more, but these are the few that come to mind.

In Anomaly, I spell out why building a community is similar to building up a big party in college. You have to first figure out who is a good fit, then meet with them, gauge their interest and finally invite them. All necessary in building out a community space and a solid college party. If the right people don’t show, it’s likely your space will be lackluster.

The right people or business could be looked at like an anchor tenant is at a shopping mall or a lead investor in capital raise. Once you have them, you can market that to the others who will follow them. It is a simple concept, get a big well-known business and leverage their name recognition.

When you go to a shopping mall, I’d be willing to bet you are going for one of the anchors: movie theatre, Nordstrom, Bloomingdales, Sears or Macy’s. If you are looking for a coworking space to work out of you want to surround yourself by people who have been where you want to go and have shown success. Big names can be leveraged to fill a space or a mall.

Spelling out what your target customers wants, who they are, where they hang out is important and a similar breakdown should be created for your space with its voice. And voice doesn’t have to be just vocals, it can also be the look and feel of the space, the diversity of age, sex, race, types of businesses and the hours its open.

Is it white and stale walls or does it have pops of colors, long tables and phone booths to make it more fun and appealing? For the first time ever five generations are working in the workforce together. Which means my mom and your kids are working in the same office. Stereotypically, baby boomers want an office and a millennial is looking for a long table to rage out on some code.

What is your voice?

After interviewing over 70 entrepreneurs and community builders for the 1000 Four Show in 2017 one trend began to occur to me. Expectations and communications are often met in the beginning. If you are developing a space with ties to your local government, you are possibly set at a disadvantage because you will have to play by the “rules”.

Instead of filling a space with all the right people, you are pushed into filling the space to fill the space and ultimately don’t get the right voice and community. I’ve seen these dozens of times and read about hundreds of others. The people in your space matter more than space itself, if you ultimately fill it with a bunch of joes who work as lawyers, i’d be willing to bet the space collapses.

Create your expectations and share them with a group of people or if you have a board, ensure they are on the same page. A good business to you and a good business to them could be two very different things. Spell out specifically what they look like and deep dive into their demographics.

The Nasdaq Entrepreneurial Center in San Francisco has done this very well, by focusing on being very diverse and taking risks to do so. Joe Maruschak at RAIN Eugene says “If you are not proactive in expectations and diversity you are not doing anything.”

You need to set some sort of expectations or goals especially if this is a government backed space, if private more power to ya. How long are you going to give this a go? This may be more geared toward a government-backed space, but knowing that you have some sort of time to succeed is important.

A co-working space in Fredericksburg, VA spent hundreds of thousands of bucks and only gave it two years to succeed. I’ve seen spaces spend loads of cash with the expectations of returning it 1000%. That’s just not reasonable. Space should be looked as a long-term place to use as a marketing vehicle for the city it’s located in.

An investigative report out of Buffalo NY and its 43 North program has shown not show “positive” results from business growth, but the program and co-working space have put Buffalo on the map, something money probably cannot quantify. So, what’s more important, your city/space is known as a place where business happens and successfully or a solid ROI on the cash you invested?

Things other than co-working

As silly as it may seem, working with your head down at a long table for 40+ hours a week at a local co-working space is only a small portion of necessity. A great co-working system will have a solid event stack, mentorship sessions and accessibility to avenues outside of the physical space, density, such as ease of way to restaurants, transportation (maybe parking) and other businesses.

If a co-working space is located in your 1980s style office park where you have to drive to everything and not close to any amenities its set up to be a destination place, not a community space. I worked with a jeweler who was a destination business, meaning all his business came from predetermined conversations. People who came to his shop he knew beforehand, there was 0 walking traffic. He did just over $100,000 annually with his destination location. Once he moved the business to a location where he would get random walk-in traffic his numbers soared well over one million dollars annually.

Location matters, don’t let anyone fool you. And the event stack you can include into your space can equally be a huge marketing tool for you.

A Startup ecosystem space is an important asset to a communities growth but as you have seen, the physical space is far less important than the people and stack you surround it with.