How I Got Hundreds of Viewers On My Facebook Live 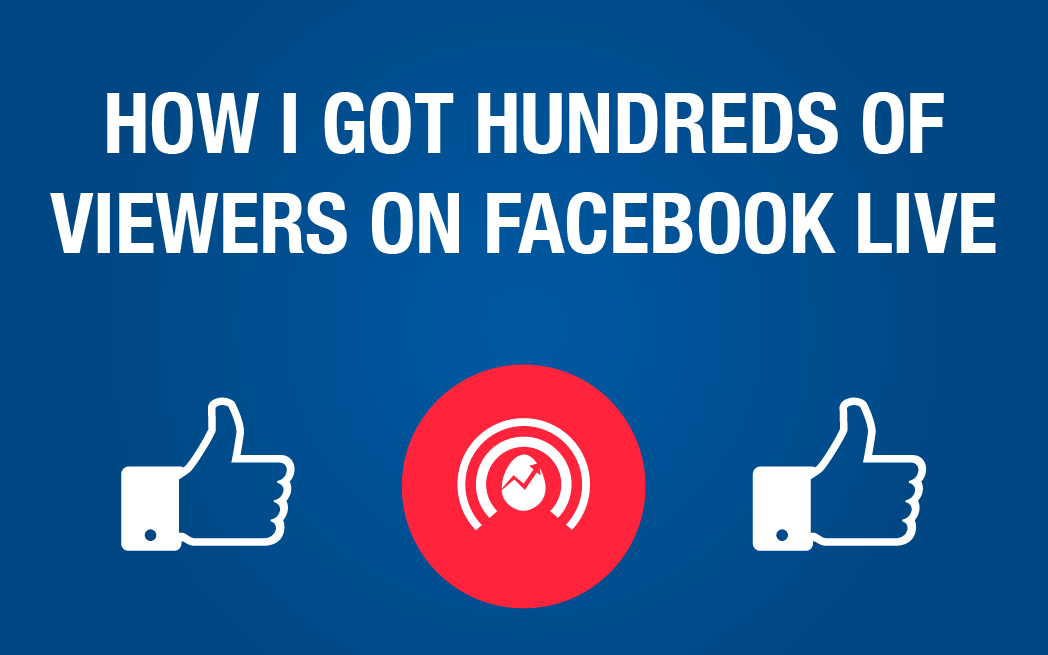 Facebook Live recently launched to every user and you are likely seeing it fill up your news feeds. Hopefully, this won’t freak people out too much and will still get exposure and conversion. Live events such as Mark Zuckerburg with a live feed from the space station, to a Jeff Bezos talk to your sisters wedding. Anything and everything can be live. A year ago Meerkat and Periscope launched onto the startup scene with guns a blowing and saw tremendous traction with thousands of live events a day. Many believed that once Facebook rolled out their own live feed, those other live apps would go the way side. That is still TBD, but with over a billion users having access, it’s got to put a damper on Meerkat and Periscope growth. Blab, is another live feed app, but in their case, they have additional needs encompassed into one. Again, if the book of face launches this pieces, I’d be worried for Blab.

Anyways, for months, I’ve been waiting for access to Facebook Live as our biggest following is on Facebook and it was a real struggle to see friends with access with less fans that we did. I updated my app a few days ago and live was an option! Hallelujah!

I didn’t go live day one, but waited until I got to the office. I didn’t have a plan, when do I? And started talking and then interviewed folks who came into my office. Here is what I learned from my first week of Facebook Live.

It may seem stupid, but I try to say hello to everyone who I can see is watching. While I can only communicate via video or text and not face to face, this is this closet thing I can do.

2. Name off those who are watching

Similar to saying hello, if someone comes on say their name. I found that I would get more interaction when I did.

The image that Facebook Live uses as a thumbnail appears to be the first frame of your video, so if you have something lame you won’t get as good of a conversion. I started dancing, using the championship belt and really think out the first frame. It matters.

Just like I’ve mentioned in social posts before, be an answering machine. There is nothing worse than someone asking a question and engaging with you and you not returning the favor. If you cannot answer immediately, go back and respond in the comments. Do what they want you to do!

If you do a live segment at a slow time or ramping up your feed takes time, you should anticipate slow times. When this occurs and it likely will, be prepared with what you will say. Just because there is no or low engagement does not mean your viewers aren’t engaged. When I see low response I start saying peoples names and…

Want more folks to see you, duh! How else can you do this? By asking for a little bit of love. I do this in a subtle way simply, ‘If you are enjoying this content/information I’d love for you to share it with your friends or give me a like or even a WOW!

7. Teasing or early promotion on same medium has not worked

Let’s say it’s 9am and you are going to go live at 9:30am, just thirty minutes away. One would think that teasing your live event would work, but I found that it didn’t and received very low engagement. Instead, by teasing on different mediums like twitter have worked. By also sharing your live feed on other accounts you may own on Facebook has been a great way to share the event.

It takes folks a minute to get set up and ready for your feed, if you go for a few minutes, it can be more difficult to get longer engagement. While there is no data currently as what the sweet spot for a live video is, I predict it will be longer than most current uploaded videos because folks can receive real-time engagement.

Are you on Facebook Live? What has worked for you? If you want to watch us live head here.