The Innovation Technique That Brought Revolutionary Change To The World 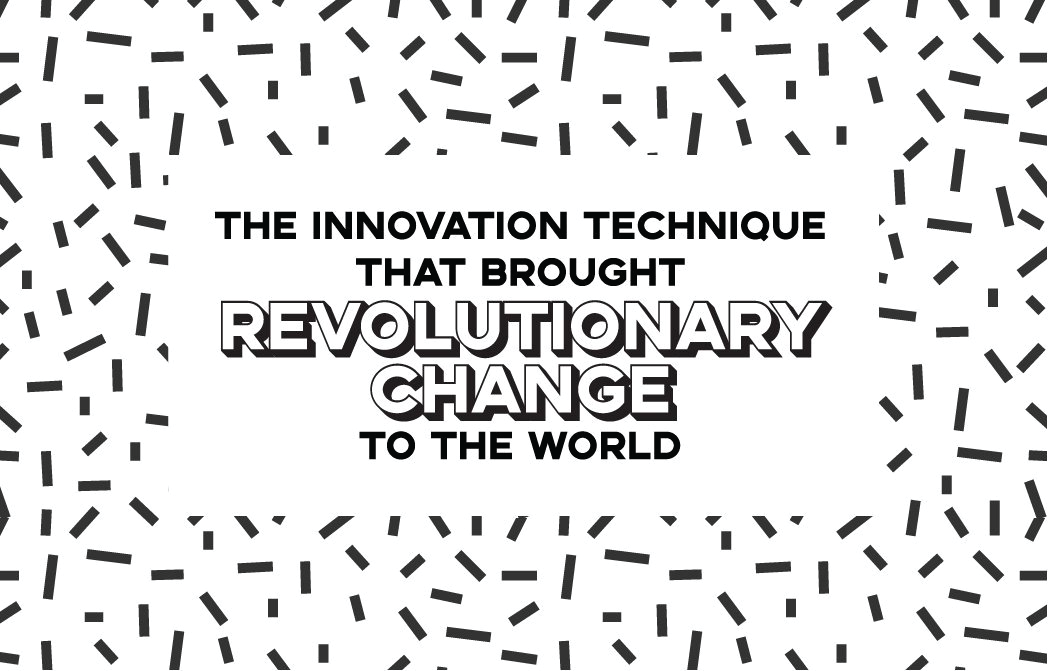 Innovation is a monstrous buzzword in every industry. Innovation, despite it’s seeming popularity, is probably misunderstood by the vast majority of those who use it. Few people even recognize the different ways we can create innovation in our businesses. Luckily for us, innovation is not a new subject. Let’s look at two distinct types of innovation process and a historical example of those in practice.

Innovation can be created in two different ways – through experimentation and through experience. Experience-based innovation occurs as a function of repetition. When some action is occurring over and over again – you’ll eventually find an easier and more efficient way to do that action. Experiment-based innovation is a deliberate process of testing new methods and tools for increased productivity.

Take, for example, a fast food business. New and innovative practices come from two places. The deliberate trial and error across the company and the individual adaptations made by employees as they perform their duties. If an employee who stacks cups all day discovers a faster way to stack cups, that’s experience-based innovation. If a manager decides to test out several ketchup bottles to find the one that reduces waste and is easier to use, that’s experiment-based innovation.

I was introduced to these two types of innovation by conversations concerning 18th century china.

Joseph Needham wrote a monumental academic paper describing an incredible puzzle, which is now referred to as “The Needham Question” or “The Needham Puzzle.” The paper identified an interesting paradox: China had been economically dominant from the 14th century to 18th century, but was eventually surpassed by the west. China had achieved a ‘burst of technological and economic progress,’ that produced amazing innovations like the compass, gunpowder, and advanced textile processes. However, come the 1800’s Europe began surpassing China. The puzzle was why had China been so far ahead and then fallen so far behind.

Justin Lin, a chief economist for the world bank, suggested that the difference was on how innovation occurred. There were two types of innovation occurring in China and in Europe. China was growing mostly experience-based innovations because they had a huge advantage in population. With millions of people (a large number in the agriculture industry) people eventually discover new and better ways to do business. Once the scientific revolution hit Europe, they began operating on a hypothesis testing and experiment-based approach. The deliberate testing of assumptions and new methods allowed for a much more rapid innovation creation process. China’s large population allowed them to effectively create millions of trials, so over time they were faster at creating innovations. The scientific revolution created a system of deliberate trial and error, where a single person could be testing dozens of trials at a time. Eventually this system was producing results much faster than the experience-based innovation happening in China.

While the China example is still just a theory put forward by Justin Lin, it serves as a bright example of how innovation can happen. Just as in China and Europe, your business can innovate in different ways. You’ll eventually find innovative ways to do business when you’re doing the same thing over and over again, but if you are deliberately testing and experimenting you won’t see the same scale of innovation.