An Introvert’s Guide To Sales 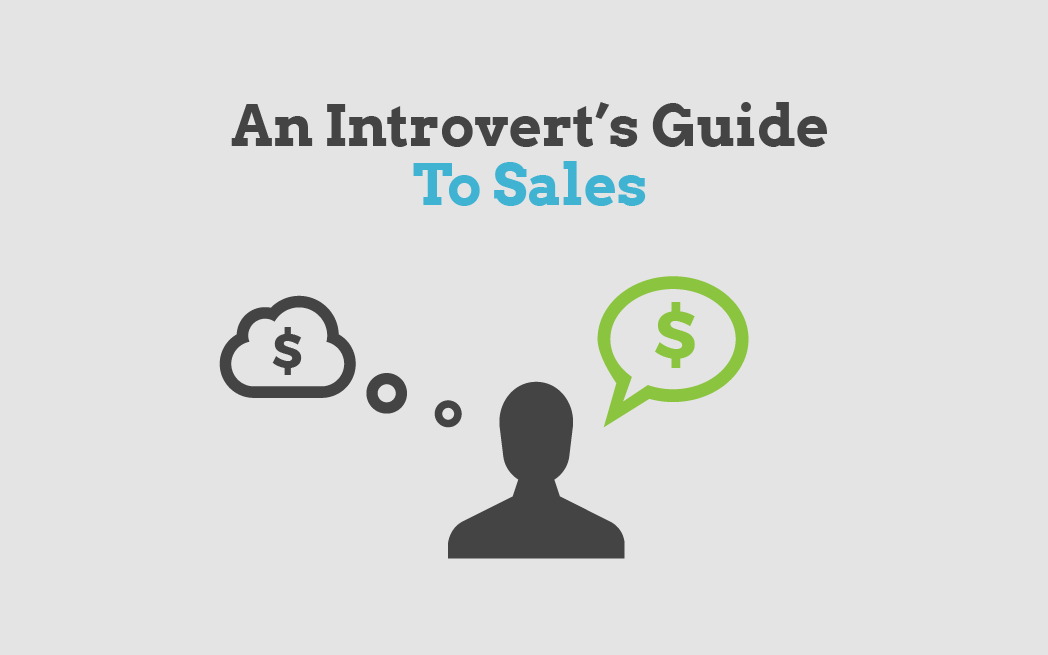 Introverts are one of the most widely misunderstood people. The personality trait itself has been formulated to seem like an insult- take a personality test and you’ll understand my point. The questions to determine if you are extroverted or introverted ask things such as “do loud noise and bright lights frighten you? Do people give you anxiety? Do people describe you as shy?” And since these people are so misunderstood, we wanted to create An introvert’s Guide To Sales.

It feels like they are instead testing for positive and negative personality traits rather than from whom people draw their energy. This same mentality seems to extend to how people judge others, particularly in the job market, where introversion seems like a tally against a candidate, whereas extroversion puts them in the lead.

This is especially true in jobs working with people, such as sales, as they seem to almost put extroversion in the job requirement. However, some of the most successful CEO’s, including Mark Zuckerberg, considered themselves introverts, and the same success has been found by introverted salesmen. Though it may be true that extroverts get by easier in this world, it by no way means that they get by better. So we wrote an introvert’s guide to sales.

But how are shy, antisocial, awkward people able to find success? Well, maybe because all of those terms are misconceptions. First of all, there is a difference between being shy and introverted. Shy people want to be around people but are too afraid, whereas introverts aren’t afraid, just turned off by large crowds.

Introverts aren’t incapable of social interaction, they simply prefer to keep to themselves rather than be around people they have no interest in, having conversations they find no value in. Introverts feed off their own energy rather than the energy of others to thrive, likening them to walking battery packs that don’t need to be constantly searching for an outlet. This allows them to be self-sufficient and comfortable being alone because their own thoughts provide them with more entertainment than casual conversation.

That is not to say that some social awkwardness and shyness doesn’t exist initially, but that comes mostly from a lack of practice. Another benefit of introverts is that they have mastered both introversion and extroversion, whereas extroverts never feel the need to master the ways of their secluded counterparts. This is because claiming “I hate being alone, I need people to survive” is heralded, whereas the opposite is thought of as a quality of a sociopath.

An introvert learns from a young age that though you are allowed to have your occasional alone time to recharge, you must get used to the feeling of discomfort in social situations, and basically ‘fake it till you make it’.

First things first: Realize that being an introvert is NOT a disadvantage. Here is An introvert’s Guide To Sales

It is easy to come up with a list of potential weaknesses an introvert may have in the sales world. However, this list is taken from the rigid stereotype of a smooth- talking, outgoing salesman who crowd surfs over a sea of his doting clients and can hypnotize people into handing over their credit cards without even knowing what they’re paying for.

The first step to finding success as an introverted salesman is throwing away this checklist for “the perfect salesman” that seems to be a list of everything introverts are bad at and adopting a new one adapted from your strengths. So what are the strengths of an introvert? One of the greatest assets of introverts is their prioritization of developing meaningful relationships, and this starts with a meaningful conversation.

Though there are certain natural qualities of introverts that give them an edge in the sales world, there are also some qualities that will hold them back. Extroverts have plenty to learn from introverts, but we too have a lot to learn from our extroverted counterparts. Below I will highlight 6 ways to fight these natural tendencies that are holding us back in the world of sales:

1. Know what gets “the ball rolling”

I envision an introvert versus an extrovert in social situations as a ball that needs a few grueling pushes before it starts rolling on its own, versus a ball that is motorized and can start rolling at the push of a button. Both balls are able to roll, but one takes more effort to do so.

Therefore, to be successful as an introverted salesman, you must master this “push”. Maybe it’s starting a conversation with “you’ll never guess what just happened”, establishing high energy from the minute you walk into the room, of maybe it’s taking a few deep breaths and putting on a big smile to get into character, or maybe it’s CEO of Yahoo, Marissa Mayer’s 15 minute rule, where she forces herself to stay at a place she’s uncomfortable at for 15 minutes before letting herself leave, which usually ends up with her staying the whole time and enjoying herself. Whatever your method is, realize that you can do it as long as you give yourself that push.

On my first day in sales, my boss took me with him to hand out samples at a local gym, and it was one of my most painful social experiences to date. There were a lot of issues that made it go so poorly, but the biggest fault in this situation was that I had a partner with me– and not just any partner, but your state-of-the-art sweet talking crowd surfer.

When I am with someone more extroverted, I A) feel overly conscious of our starkly contrasting personality traits and thus feel locked in my role as the quiet one and B) take it as an opportunity to take the back seat and enjoy the ride as the other person does all the talking.

However, usually when that happens I have the opportunity to meander around, hit the snack table, or find a quiet space to sit and read my book, but in this case, I was glued to my boss’s side, feeling suddenly overly conscious of what to do with my hands and if I was smiling too much or not enough. I stood there painfully awkward, unable to get a word in, but also too uncomfortable to conjure any, hoping that no one noticed my discomfort. My boss confirmed my fears when we left by saying, “Yeah, you’re definitely not ready to do a table by yourself yet”.

You’re in the corner of a room at your table behind a sea of mingling people. You stand there knowing that innumerable potential clients are at arm’s length, but you are glued to your spot out of fear of walking up to the daunting crowd, believing your intrusion would bother them, of even worse, lead to humiliation. Like a lion hunting game, you wait for one lonely antelope to stray from the herd so you can attack. However, you find yourself waiting hours for your prey, only catching that one straggler, while the extrovert could have captured the whole herd.

What if I told you there’s a way to get the whole herd to line up single file to your dinner plate? How may you ask? Free stuff. This may seem like an obvious solution that most salespeople have adopted, but this one tool has been my personal saving grace. By asking people “want some free (insert product here)?”, you automatically have convinced people to come over to you, not out of sympathy, but out of interest, and you no longer feel like a pestering solicitor, but a valuable spokesperson.

4. Get your flirt on

When you’re talking to the person of the opposite sex that you are attracted too, you are most likely on your best behavior, and for introverts, this is usually your time to shine because you love these intimate conversations. If you were to treat everyone passing by your table like the attractive guy/girl who caught your eye across the room, no one will slip through the cracks.

It’s easy for someone to walk by and think “oops, I missed them. They probably weren’t interested anyway”, but if you treat that person as if they were your love at first sight, you will not let them slip away. In all seriousness, not only is this amping your game, but you also will never feel like you are being “too sales-pitchy” because you are putting a priority on selling yourself, which will, in turn, sell your product. Make each person your friend before you make them your client, pretending that you are not a salesperson and potential customer, but two people at the bar. Extroverts may have mastered the art of capturing crowds, but you can master those one-on-one conversations.

Once you get an introvert talking about something they’re passionate about, they can talk for hours. Assuming that you are passionate about your product (considering you are devoting your time to selling it), the next step becomes having the fuel for this impassioned discussion. Do your research so that you have exhausted your subject. When you’re selling, you’re not regurgitating every piece of information you’ve acquired, you are simply lending a book right for them that you have chosen from your extensive library.

In general, introverts are usually stronger writers than they are speakers. For them, writing becomes a way of speaking, but at their own pace and without the pressures of an audience. Use this to your advantage. Social media is an introvert’s paradise. Send an email, write a Facebook post, direct message a friend you think who would benefit from your product. Cold calling is no longer intimidating when it’s via text message.

Overall, don’t lose the introvert inside of you, but learn how to unlock the extrovert that you never knew you had. Did we miss something in our introvert’s guide to sales that we should have added? Let us know in the comments. Happy selling!