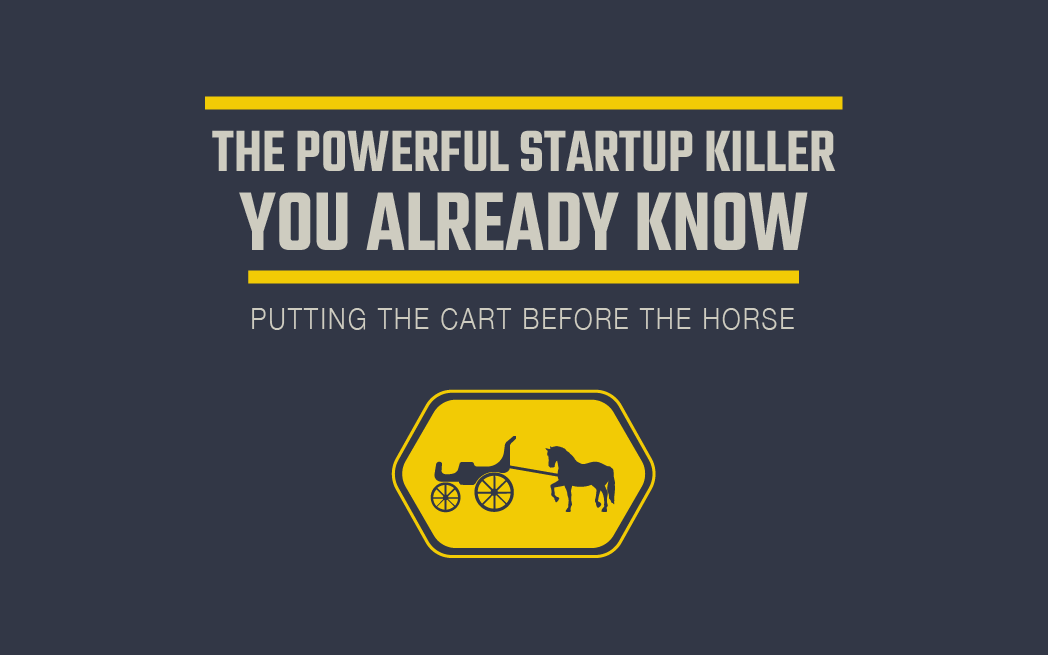 Putting The Cart Before The Horse

You’ve heard it a million times before. You’ve heard it from your grandparents, from your mentors, in movies, in classes. “Don’t put the cart before the horse” is a pretty common idiom – so common that it’s probably even over used.

Most people understand what it means on its face. If you put the cart before your horse, your cart isn’t going anywhere. We can mentally picture a horse looking silly as it has a cart strapped up to it’s front. 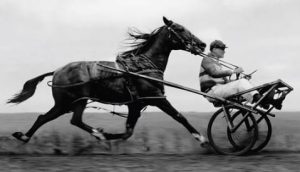 Note: it looks like it works here. It does not. This is a whimsical image. Don’t put the cart first.

So most of us know what this literally means, but it’s thrown around a lot when people just like you are starting a business and then it’s not quite as clear. “Not putting the cart before the horse” is actually some crucial advice to the aspiring entrepreneur. When it comes to your business the customer is your horse. Customers (and their demand) drive your business and that’s no figurative quip. You have to make sure you have customers for your product before you start investing your precious capital and time into the other parts of your business.

This is true for even the largest of companies. When Pepsi Clear was a flop the company had to pull it. Had they done more customer research they could have figured that out before they bottled a few million gallons of it. I’m sure you could name more than a handful of companies that spent thousands on building an app, just to find out no one would download it.

While companies like Pepsi could recover from mistakes like this, entrepreneurs who are still fresh out the gates don’t have that luxury. When it comes to you and your startup, you don’t have to invest in pricey market studies and focus groups. What you can do is to go out and find your desired customers before you build your product.
Here’s what that might look like in real life. We recently met an entrepreneur who wanted to start a new type of football video game that would be “way better than madden.” That’s an admirable feat to take on. He had one major problem, though. He was putting the cart before the horse. Even though he was still in the idea stage, he figured his first step was to connect with a game developer and start building. That’s a grade A example of putting the cart before the horse, A.K.A. not finding your customers first.

So given that same scenario – here’s how to focus on putting the customers (horse) first. First, start a meetup. Just start getting together people who’d like to play madden or flag football together. It can start as totally free and open to the public, but you should be gaining their email addresses or at least a facebook follow from them. After a few of these events, you’d probably have a few hundred contacts who you know are your target customer (they like football).

Next, you can start hosting small madden or flag football competitions. You can charge a small entry fee for competitors. Now you have not only expanded your audience more, but you’ve started generating cash flow to reinvest in your bigger goal – creating a football video game. If you aren’t into the in-person meetups, you can start building a community of football game fans on Twitch.

This strategy seems like the long way around to building a video game and in some ways, it might be. Yet, the path of building your customer base and generating some basic cash flow has some serious advantages. Number 1 is that you don’t have to quit your day job to start doing this, which means substantially less risk. Secondly, you can start generating cash flow early to fund things like developing a video game. When you finally do bring a video game to market you already have a litany of customers waiting to buy and you’ve had a close relationship with them throughout so you’re less likely to build a product they don’t want. If you’re really savvy you can pre-sale the video game before it’s even finished. 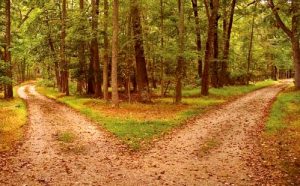 Which path will you choose?

Who do you think makes it past the first year?

The guy who quits his job and invested thousands into developing a video game without knowing any customers.
The guy who builds a community of customers and bootstraps his game development along the way – while keeping his job for as long as possible.

Don’t put the cart before the horse. Customer demand drives your business whether you’re a small or large company. If you’re just starting a company – find your customers before you build a massive business. Find a horse before you buy a cart.